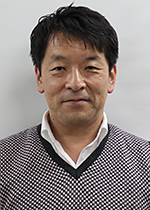 Satoru Yoneyama is a Professor of Mechanical Engineering at Aoyama Gakuin University, Japan. He received his B.S. and M.S. degrees in Mechanical Engineering from Aoyama Gakuin University in 1995 and 1997 respectively and Ph.D. degree from Tokyo Institute of Technology in 2000. After several years of research assistant work, he joined the faculty of Osaka Prefecture University in 2004 and returned to Aoyama Gakuin University in 2007 where he has been ever since. He was a Visiting Associate Professor at the University of Florida from 2013 to 2014 and a Visiting Professor at the Japan Aerospace Exploration Agency from 2015 to 2017. He received several awards from professional societies including the R.E. Peterson Award in 2002 and A.J. Durreli Award in 2014. He was an Executive Board Member of SEM from 2014 to 2016. He has served as an Associate Technical Editor of SEM's Journal of Experimental Mechanics.