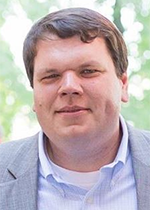 Elliott Wolf is Vice President and Chief Data Scientist of Lineage Logistics, the largest storer and handler of refrigerated and frozen food in the World. Approximately 90 billion pounds of food annually transit Lineage’s 300+ facilities, which are concentrated in the United States, Continental Europe, the United Kingdom and Oceania.