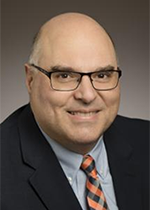 Prof. Lambros received a B.Eng. degree in Aeronautical Engineering from the Imperial College of Science and Technology of the University of London in 1988, an M.S. degree in Aeronautics from Caltech in 1989, and a Ph.D. degree also in Aeronautics from Caltech in 1994. After a year as a postdoctoral researcher, he joined the Mechanical Engineering department of the University of Delaware as an Assistant Professor in 1995 and moved to the Aerospace Engineering department of the University of Illinois in 2000, where he is currently a Professor. He is a Fellow of the American Society of Mechanical Engineers, the Society for Experimental Mechanics, and the American Academy of Mechanics. He has served as an Associate Editor for Experimental Mechanics (1999-2005) and the ASME Journal of Applied Mechanics (2011-2014). He has also served on the Executive Board of the SEM (2008-2010) and recently completed one term as Associated Head for Graduate Studies in the Aerospace Engineering Department at Illinois (2011-2016). Over his 20-year career he has received numerous honors and awards for both research and teaching achievements including an NSF CAREER Award (1999), the SEM Hetényi (2012) and Frocht (2015) Awards, and the UIUC Campus Award for Excellence in Graduate and Professional Teaching (2015).