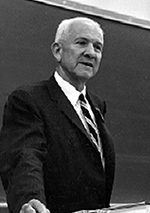 The F.G. Tatnall Award, established in 1967, recognizes individuals who have made outstanding service contributions to the Society through participation on ad hoc and standing committees and/or in elective and appointed positions. The award citation reads, “for long and distinguished service to the Society.”

Nominees are sought from the general membership. 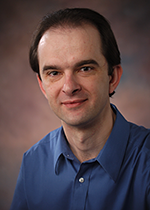 In recognition of long and distinguished services to the Society.

Ioannis Chasiotis
Ioannis Chasiotis is Professor of Aerospace Engineering at the University of Illinois, Urbana-Champaign. He received his Ph.D. and M.S. degrees in Aeronautics from the California Institute of Technology in 2002 and 1998, respectively, and his Diploma in Chemical Engineering in 1996. His research focuses on mechanics of materials at small length scales. He is the editor-in-chief of the journal Experimental Mechanics, a recipient of the NSF Presidential Early Career Award for Scientists and Engineers (PECASE), the Society of Engineering Science Young Investigator Medal, the ASME Thomas J.R. Hughes Young Investigator award, the Society for Experimental Mechanics A.J. Durelli award, etc.

The Society acknowledges the following individuals who were given the F.G. Tatnall Award in the past.