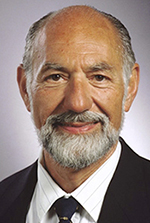 Professor Nemat-Nasser, Distinguished Professor of Mechanics and Materials, is the Director of UCSD’s Center of Excellence for Advanced Materials. He studies how materials respond to thermo-mechanical loads imposed by their environment, and how they may fatigue or fail over time. He is especially interested in the mechanics of ceramics, ceramic composites, high strength alloys and superalloys, rocks and geomaterials, and advanced metallic and polymeric composites with electromagnetic, self-healing, and self-sensing functionality; ionic polymer-metal composites as soft actuators/sensors, and shape-memory alloys. He has a history of realizing the impact of experimental mechanics on various scientific and engineering fields, to develop novel materials with new properties. A very brief bio follows: 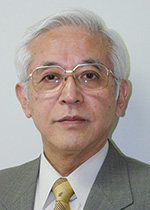 For novel contributions in Accelerated Testing Methodology and Durability Studies for Predicting Long-term Fatigue Life of Polymer Composites and Structures.

Yasushi Miyano
Yasushi Miyano is a Professor and Director of Materials System Research Laboratory, Kanazawa Institute of Technology in Japan. His research is focused on the prediction methodology for the long-term fatigue life of polymer composites and structures based on the time-temperature superposition principle for the viscoelasticity of polymer matrix. For 50 years, he has been publishing the research works for academic journals. His most recent and important accomplishment was to publish a book in November 2017 entitled “Durability of Fiber-Reinforced Polymers” with Professor Masayuki Nakada of Kanazawa Institute of Technology from Wiley-VCH.

He has been an active member of SEM since 1982. From 1995, he continues to conduct Composites Durability Workshops with Professors Stephen Tsai and Richard Christensen at Stanford University. He is funded from the Office of Naval Research (ONR) and Air Force Office of Scientific Research (AFOSR) in the USA and other Japanese government organizations.

The Society acknowledges the following individuals who were given the Sia Nemat Nasser Medal in the past.