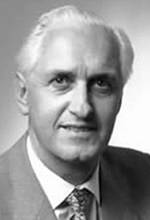 This new award has recently been approved by the Society of Experimental Mechanics (SEM) with the support of its Time Dependent Materials Technical Committee and the Mechanics of Time Dependent Materials Journal and Conference. The award is a special achievement award for young investigators and has been named in honor of Professor Wolfgang G. Knauss, Theodore von Karman Professor of Aeronautics (Emeritus), California Institute of Technology.
The award will be given annually by the SEM in recognition of an individual who has made significant research contributions to the broad field of experimental mechanics, with a focus on time dependent materials. For the purpose of this award, the broad field will encompass all areas of Mechanics (solid as well as fluid) and all fields of engineering and applied science that involve mechanics. Nominees for this award must not have reached their 40th birthday at the time of selection by the Award Committee. The award will be given at the biannual Mechanics of Time-Dependent Materials Conference and the awardee(s) will present (a) special lecture(s) at the conference. 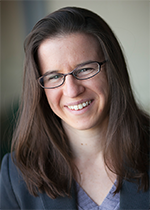 Meredith Silberstein
Meredith Silberstein is an Associate Professor in the Sibley School of Mechanical & Aerospace Engineering at Cornell University. She received her PhD in June 2011 from the MIT Department of Mechanical Engineering with a major in solid mechanics and a minor in energy. Afterward, she served as a postdoctoral fellow at the Beckman Institute at the University of Illinois Urbana-Champaign, investigating mechanochemically active materials. She has received both the NSF (2017) and DOE (2018) CAREER awards. Meredith Silberstein’s Mechanics for Materials Design (MMD) Lab is devoted to using mechanical experiments and modeling methods in material design, with particular focus on multifunctional, active, and polymeric materials.

The Society acknowledges the following individuals who were given the Wolfgang Knauss Young Investigator Award in the past.

Schedule for Nominations, Review and Selection

The following nomination documents should be included in the nomination package:

These documents should be sent to the award committee chair (MTDM TC Chair) in electronic format (PDF format is preferred). Recommendation letters can be sent to the award committee chair directly, but it is preferred that the nominator collects all the reference letters and includes them in the nomination package. Self-nomination is not permitted. Also, the nominator cannot provide a reference letter. A candidate can be nominated any number of times, but the nomination package will be considered for three years or until the end of eligibility.

If you have any questions concerning the application, please do not hesitate to contact SEM at: director@sem.org.