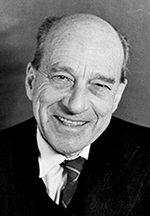 A.J. Durelli was one of the most outstanding experimental stress analysts in the world during the second half of twentieth century. Known primarily for his work in brittle lacquer techniques, photoelasticity, and moiré methods, throughout his career, Dr. Durelli consistently sought out new methods to solve problems rather than to solve new problems with existing methods. He often challenged his students and colleagues to view the world from a different perspective, and bestowed on our Society some of its greatest gifts – productive, caring, and competent people.

The purpose of this award is to recognize a young professional who has introduced, or helped to introduce, an innovative approach and/or method into the field of experimental mechanics. The individual’s contribution shall be distinguished in that it departs from the norm and/or challenges the existing train of thought in the Society.

The award in question is designed to recognize a relatively young individual for distinguished, innovative work in experimental mechanics; one of the qualities that A.J. recognized and instilled so well in others.

Initially, this award was intended to be presented every two years. In 2009 the Honors Committee recommended that this award be presented annually and this change was approved by the Executive board in June 2009. 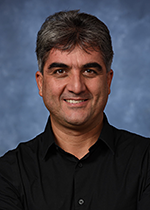 For outstanding NDE and structural health monitoring innovations and contributions to the field of experimental mechanics.

Piervincenzo Rizzo
Dr. Rizzo received a Laurea (M.S. equivalent) in Aeronautical Engineering at the University of Palermo, Italy, and a M.S. and a Ph.D. (2004) in Structural Engineering both from the University of California, San Diego. Currently, he is a Professor in the Department of Civil and Environmental Engineering at the University of Pittsburgh. Dr. Rizzo’s main research interests are in the area of nondestructive evaluation and structural health monitoring (SHM). His research has been supported by the NSF, FRA, PennDOT, TRB and the ASNT. To date, he published about 100 referred papers, 8 book chapters, over 160 conference proceedings and reports, and 2 patents. For more information, visit https://www.engineering.pitt.edu/piervincenzorizzo/.

The Society acknowledges the following individuals who were given the A. J. Durelli Award in the past.