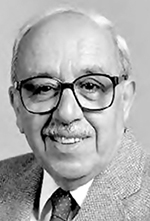 This award, established in 1990 in honor of Dominick J. DeMichele (1916-2000), recognizes an individual who has demonstrated “exemplary service and support of promoting the science and educational aspects of modal analysis technology.” This award is presented annually at the International Modal Analysis Conference.

Dominick J. DeMichele was the past director of the International Modal Analysis Conference (IMAC), having directed 13 annual IMACs, and was founder and president of Instrumentation and Measurement Technology Services. He held a B.S.M.E. from Rensselaer and was also a graduate of the New York Diesel Institute. He joined the mechanical engineering department of the general engineering laboratory at the General Electric Company, Schenectady, NY, in 1940 as a project engineer and retired from GE in 1979. He received the coveted Charles E. Coffin Award, the company’s highest award to its employees, for his contribution in the field of solid mechanics (vibration, shock, stress-strain and acoustics). While at GE, Mr. DeMichele was awarded four patents: High Temperature Strain Gages; Strain Gages; Method for Making Resistance Strain Gages; and Strain Gage Pressure Transducer.

Mr. DeMichele was a 42-year member and a Fellow of SEM. He was chair of two national meetings, a member of the Executive Board, a member of the Technical Papers Committee, chair of the national technical session on high temperature strain gages, and organizer and first chairman of the New York-Hudson Local Section of the Society. He was a senior member of the Instrument Society of America and of the American Society for Nondestructive Testing. He served as a member of the National Academy of Sciences Instrumentation Committee for the American Association of Highway Officials Road Test. Mr. DeMichele was appointed a member of the National Commission on Technical Education of the National Science Foundation. He published numerous technical papers and in-house reports covering the development of high-temperature strain gages, special projects in strain gage applications, vibration, acoustics and other measurement programs. 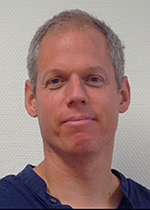 In recognition of the quality and breadth of his technical contributions, his outstanding commitment to education and his continuous support to the IMAC community.

Scott Cogan
Scott Cogan has been a research fellow with the French National Center for Scientific Research (CNRS) since 1991 and is currently director of the Model Validation and Uncertainty Quantification group at the Department of Applied Mechanics of University of Franche-Comté, FEMTO-ST Institute. His research interests focus on experimental model validation and robust decision-making under lack of knowledge. He has co-advised 32 PhDs and lead over 40 research projects with industrial partners including PSA, Renault, EDF, SAFRAN, ARIANE GROUP, ALSTOM, CNES, and the Paris Philharmonique. He has coauthored 40 articles in pier-reviewed journals and over 200 technical articles and reports. Scott also develops dedicated MATLAB-based software tools for use in an industrial environment with commercial simulation codes.

Scott received his Bachelor’s and Master’s degrees in Mechanical Engineering from the University of Michigan in 1984 and 1985. He went on to obtain his PhD in 1990 from the University of Franche-Comté in Besançon, France under the direction of Professor Gérard Lallement. Scott is a long-time participant at IMAC and served on the advisory board from 2014 to 2017.

The Society acknowledges the following individuals who were given the D.J. DeMichele Award in the past.