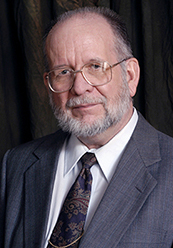 University Distinguished Professor Gary L. Cloud is a recognized leader in the field of experimental mechanics. Professor Cloud’s research interests involve bringing together optical and electronic techniques to solve interesting problems in geomechanics, biomechanics, composites, fracture mechanics, fastening, and nondestructive evaluation. His book, Optical Methods of Engineering Analysis was published by Cambridge University Press in 1995 and is now revised and in its second printing (1998).

Reference contributions include chapters in the Handbook of Experimental Mechanics (2008) and the Marks Mechanical Engineering Handbook (2007). He has delivered many oral presentations to technical and lay groups. More than 50 research contracts have been completed under his direction. Dr. Cloud has served as a consultant to approximately 60 firms and agencies in product design, measurements, and liability. He holds 2 patents and has another patent application in process with specialties in the area of Optical Metrology. He was elected as SEM Fellow in 2001, and has made a significant contribution to SEM through his Back to Basics – Optical Methods series published in Experimental Techniques.

The purpose of this award is to celebrate professor Cloud’s many years of contributions to the field of experimental mechanics by recognizing a unique individual and his/her aspirations to pursue a graduate degree in experimental mechanics and to create new knowledge that leads to sustainable improvements in the human condition. 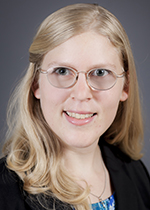 In support of continued excellence and advancement in study of experimental mechanics.

Kimberley Mac Donald
Kimberley Mac Donald is currently a Ph.D. candidate in Mechanical Engineering at the California Institute of Technology (Caltech) and a National Science Foundation Graduate Research Fellow (NSF GRFP). She obtained her B.S. in Architectural Engineering and M.S. in Civil Engineering from the University of Miami, Florida in 2014. She also received her M.S. in Mechanical Engineering from Caltech in 2017. Kimberley’s research interests include damage mechanics and assessment, particularly in-situ and non-destructive experimental techniques. Her doctoral research brings together current optical techniques, such as confocal microscopy imaging and image correlation methods, to explore problems in granular and fracture mechanics in new ways.

The Society acknowledges the following individuals who were given the G. L. Cloud Scholarship in the past.