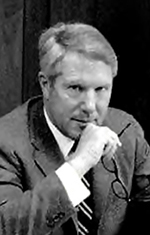 Mr. Brewer created Brewer Engineering Laboratories. As its director, Mr. Brewer carried out over 700 projects using experimental and theoretical techniques. His business was later sold to Teledyne and he became a consultant to the company. Mr. Brewer was a valued member of SEM and was active in both leadership and technical activities. The annual award will consist of an award plaque in the recipient’s name.

The criteria for the award stipulates that it be given to “an outstanding practicing experimentalist” chosen by the Honors Committee. The award is intended as recognition of skill in the practical application of experimental mechanics techniques. A person whose primary affiliation is with a university would be eligible if substantial amounts of consulting work involved hands-on experimental analysis. The first Brewer-Teledyne award was presented in June, 1989 to (Mrs.) Heidi Brewer in her husband’s memory. 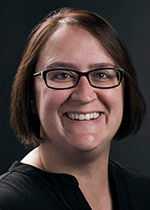 In recognition of contributions to the shock and mechanical characterization of polymers and energetics.

Jennifer Jordan
Jennifer L. Jordan is the Group Leader for Shock and Detonation Physics at Los Alamos National Laboratory. She has also served as the Dynamic Materials and Interactions Program Officer at the Air Force Office of Scientific Research and the Lead for the Munitions Energetic Materials Core Technical Competency, Munitions Directorate, Air Force Research Laboratory. Jennifer’s research has focused on the high strain rate response of polymers and composites. Within SEM, she is on the Editorial Board for the Journal of Dynamic Behavior of Materials, an active member of the Dynamic Behavior of Materials Technical Division, and the Research Committee Secretary. Jennifer received her BS, MS, and PhD in Materials Science and Engineering from Georgia Tech.

The Society acknowledges the following individuals who were given the Brewer Award in the past.